Bring your signs and your pitchforks to the Old Chesterfield Courthouse to protest the proposed Meals Tax.... 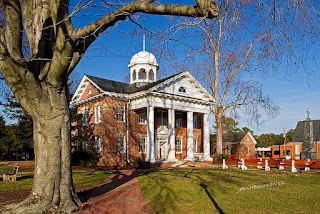 Located at 10011 Iron Bridge Road on the Courthouse green, the old courthouse sits where the first colonial courthouse was once located.  The Taxpayer will be there starting at 6PM...

On April 24, 2013, under the leadership of Chair Dorothy Jaeckle, the BOS unanimously approved this meals tax resolution.

On May 22, 2013... the Taxpayer began the fight to restore fiscal sanity to a Board that loosened their budget belt to consume $14 Million more of the Taxpayers' purse and they are hungry for more. Spread the word and join the fun this coming Wednesday August 28th at 6:00PM in front of the Board of Supervisors meeting.

The adopted April 24th resolution triggers a request to order the special election on November 5, 2013 to stick it to the Taxpayer.

Unless it is defeated by the Taxpayer, the five Board of Supervisors would enact an ordinance for a new tax on the Taxpayer. That's right a $10 burger will be $0.20 more. A $50 meal will be $1.00 more. This hurts small businesses located in Chesterfield County. And when the burger  buyer does not show up because they are mad... then the small business loses $10 or $50 or $100...

The potential bounty would then be dedicated to fund school facilities and walkie talkies, (that's right "emergency communications" including but not limited to ADDITIONAL DEBT service expenses – THIS ADDITIONAL DEBT would far exceed the maximum revenue generated by a meals tax.

The Taxpayer took a look behind the curtain and we believe we found one of the many reasons not to support this NEW TAX.

The County has a significant problem that they are trying to solve; but they are not being up front about it. They have a growing pension funding line item that they plan to solve once the meals tax is in place. The Administrator, we will call him "J", knows that the meals tax for the children and the schools will be an easy sell...MUCH easier than a bond referendum to solve their pension problem (just like Portsmouth did)... When the meals tax generates an extra $8M in the budget, "J" will simply supplant that school directed funding from another source to solve their pension problems.

The Taxpayer has repeatedly requested more budget transparency from putting to the county's checkbook online to a searchable budget line item to insight from their internal communication.  All have been met with professional denial and lawyers.

Therefore, the fight continues. Professional bureaucratic foot drags are not what the Taxpayers deserve. Open your books now. Give the Taxpayer the openess that the bureaucrats love to tout and purport through award certificates and shiny trophies.  This protest is calling for the county to get real, step up, and be accountable to the Taxpayer.  It really isn't a fair fight because the Taxpayer knows...
Posted by chesterfieldtaxpayer at 12:38 PM

Taxpayers are frank; but, always polite. Use commonsense and write like you would to your mother... 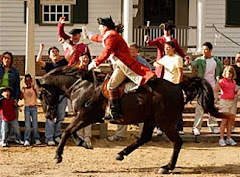 Awaken from your Slumber...

chesterfieldtaxpayer
Chesterfield, VA, United States
The Taxpayer is often picked on... We formed an alliance to keep unelected bureaucrats and our elected representatives in check. A government should protect our natural rights, not infringe upon them. 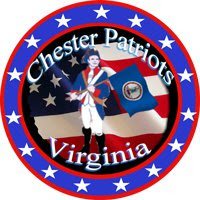